Earlier this month, we published a brief overview and highlights from this year’s Natural Products Expo West. Click the previous link to read that recap and view a photo gallery of dozens of products from the show. Below, we take a closer look at five products and brands from the show we particularly enjoyed. 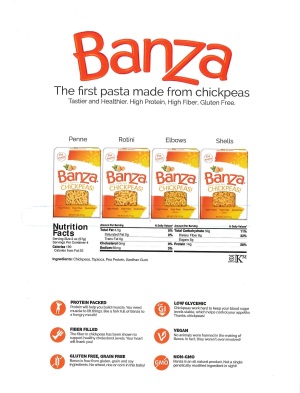 Pasta has been seen in recent years as a carb-filled villain, but brands like Tolerant Foods (which makes single-ingredient legume pasta) and new Detroit-based startup Banza are aiming to change that. Founded in 2014 by recent college graduate Brian Rudolph and his brother Scott after the duo successfully crowd-funded $28,000 online, Banza has come out with a gluten-free pasta made primarily from chickpeas. Fortified with pea powder, the product tasted good to us while boasting eye-popping protein and fiber content. 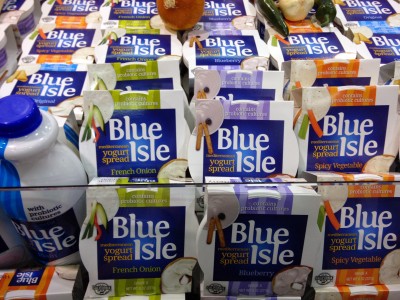 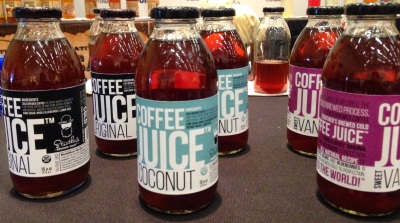 Don’t mess with Texas! Coffee Juice is a joint venture between D.B. Miller Inc. (maker of All Natural Texas Tea brand) and Toddy LLC (maker of the Toddy cold brew coffee system). It’s cold-brewed coffee sweetened with cane sugar and blueberry juice — and manages to come across as delightfully sweet and even creamy, yet light. Expo West was the first public unveiling of Coffee Juice, which is expected to hit store shelves within weeks. 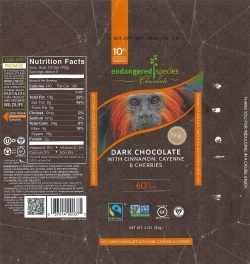 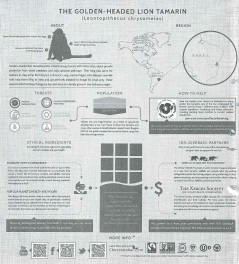 Hey, a ton of folks at Expo West play up their ties to a strong social mission — that’s admirable, but not particularlu unique in that crowd. However, Endangered Species Chocolate wins points for its clever use of what is typically considered packaging “dead space” — the inside of its chocolate bar wrapper! (Click the above images to enlarge.) Where there would normally be nothing but white space, Endangered Species has used the canvas to tell a powerful story to engage the consumer — providing details on its ethical sourcing, its giveback of 10% of net profits with specific charitable partners listed, even information about the particular endangered animal featured on that chocolate bar’s cover. Bravo! 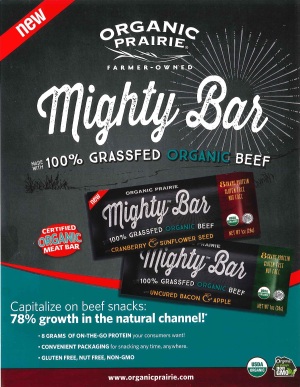 From Organic Prairie, the sister company of Organic Valley (both are from the same WI-based co-op) comes a new protein-focused snack bar made of soft meat and fruits/seeds. Initially releasing with two flavors (“cranberry & sunflower seed”; “uncured bacon & apple”), Mighty Bar touts certified organic, grass-fed beef from “humanely raised” cows not treated w/ antibiotics nor synthetic hormones, is non-GMO, and clocks in at just 70-80 calories per bar. Organic Prairie, along with similar but burlier Epic bars, soft Asian-style Fusion Jerky, and others are looking to cash in on the burgeoning premium meat snacks trend.